Deadline reports that Sony Pictures has won the rights to the upcoming Dumb Money movie on the 2021 GameStop short squeeze event in North America after a heated bidding war.

The movie is directed by Sebastian Stan and Seth Rogen. Sony has acquired the rights to release the movie internationally as well, including in Latin America, Scandinavia, Eastern Europe, South Africa, India, and a few Asian markets.

Shailene Woodley officially joined previously confirmed cast members Pete Davidson and Paul Dano as of the start of production. More cast members will soon be disclosed, according to the publication.

Craig Gillespie, who previously worked with Rogen and Stan on the successful Hulu miniseries Pam & Tommy, will helm the film based on Ben Mezrich’s The Antisocial Network. Rebecca Angelo and Lauren Schuker Blum are the authors. In October, production is anticipated to start.

The synopsis of the movie states, “The film chronicles the story of riches earned and lost overnight in the David-vs.-Goliath GameStop short squeeze that might have ended up transforming Wall Street forever.”

It provides a compelling account of how a loosely connected collection of private investors and online trolls on the WallStreetBets subreddit brought down one of the largest hedge funds on Wall Street, serving as the catalyst for a revolution that threatened to overthrow the status quo. 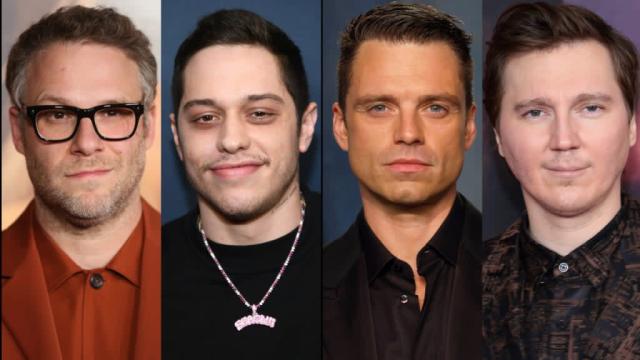 Seth Rogen Joins the Cast of Being Mortal, an Aziz Ansari Comedy-Drama

Michael Heimler, Friedberg, Andrew Swett, Angelo, Schuker Blum, Mezrich, Johnny Holland, and Kevin Ulrich will serve as executive producers of Dumb Money, along with twin siblings Tyler and Cameron Winklevoss who garnered notoriety for their involvement in the creation of Mark Zuckerberg’s Facebook. In The Social Network, Armie Hammer portrayed them to fame.

The Original Cast of “The Joy Luck Club” Is Currently in Talks to Return for A Sequel.